Episode I: The Design Consultant Awakens 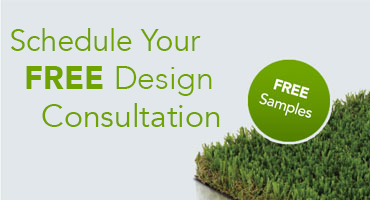 This morning, as I was keeping vigil over the expansive Pride Lands of my owners, a strange man approached on the horizon and parked his vehicle out front by the curb. As he was carrying neither mail nor milk when he emerged from the car, my suspicion was doubled. With nobody else around to accost him, I decided to take matters into my own paws and let loose a deafening, barbaric yawp, hoping he would fall over and become immobilized. When he failed to do so, I booked it for the fenceline and closed in on him for the kill. Here was my shot at Animals Gone Wild stardom! Sadly, he escaped my jaws of death and made it to the house’s threshold. Humans…they simply can’t be trained.

My owners greeted the intruder and he explained that he was a representative of EasyTurf, here for a free design consultation regarding artificial turf, fake grass suitable for dogs. I loudly insisted to my owners that this was an elaborate cover story, that he was sent from foreign lands to pet us without permission and destroy everything that we had worked for, but in their pea-brained haste they let him inside.

From the screen door, I watched as they made small talk for what seemed like dog years and stared out over my carefully landscaped backyard. I had spent countless hours developing an elaborate system of tunnels and dog treat caches which would rival the Western Front, and now they were eying it like it was a T-bone steak. They soon wandered out back and walked through the area, somehow managing to avoid my carefully constructed booby traps. The man measured my empire of dirt, and discussed the “issues” he saw with the yard, including my mosaic of holes and brown patches of territory kept well-irrigated with urine by yours truly.

After all this, the man produced several samples of artificial grass and listed names and prices. He forebodingly promised that EasyTurf “solves all of the problems created by dogs,” and told my humans that a crew from EasyTurf would be back soon to tear out my stomping grounds and lay down artificial grass that is friendly for dogs. I had heard enough of this and retired to my doghouse to whimper and whine. The enemy would be returning in a week, so I rushed the other members of the neighborhood watch to the war room to devise a plan.